“Trickster, he who hides away your loved one and slaps you with a fish. How about a little ride with the most mischievous trickster spirit?” 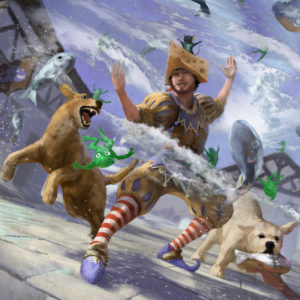 The month of April starts with jokes and tricks so we thought of placing our new monthly campaign under the authority of a fool. His name is Auridore and he’s a trickster spirit. But don’t be fooled, he and his school of watery companions are going to give you a hard time.

Reminder: to be able to play this Monthly Campaign you need to complete the first star of Dark Creator. 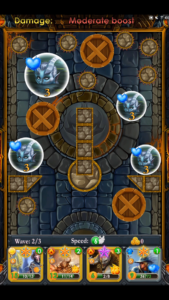 The gameplay of April’s Fool monthly campaign consists of only one type of enemy: the Water Succubus! He’s a special but nasty enemy. The smaller the succubus, the more damage he’ll be dealing among your rank. So get rid of the smallest ones first, they are the most dangerous. However, there’s another twist: these creatures will heal themselves completely when they get the chance! The boss enemy in the final wave is Auridore, the Trickster spirit. He too has some freezing tricks up his sleeve.

Your Water cards will get a big health boost. This means that you’re on an endurance quest. Make sure you have a Water card to refill the stamina of your team. Moreover, the battlefield is full of nasty obstacles so be careful with your rebounds. 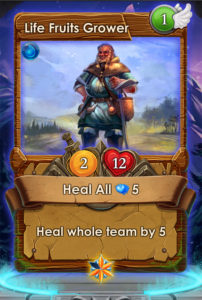 The gold rewards and stamina costs are the same as for March: the 1st star will cost you 13 stamina per round and you’ll be receiving 200,250,300,350,400 gold as a reward. After the first star, stamina and gold are increasing. 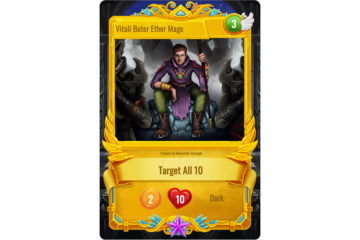